Today Elly is 4 years old!   We don’t do major hoopla for birthdays around here, but we did manage to get in a few of her favorite activities and she even got a new toy.

In the morning we went for a walk to her favorite park. I allowed a little off leash time outside the dog park and she got extra time to check out each gopher hole inside the dog park since no one else was around. 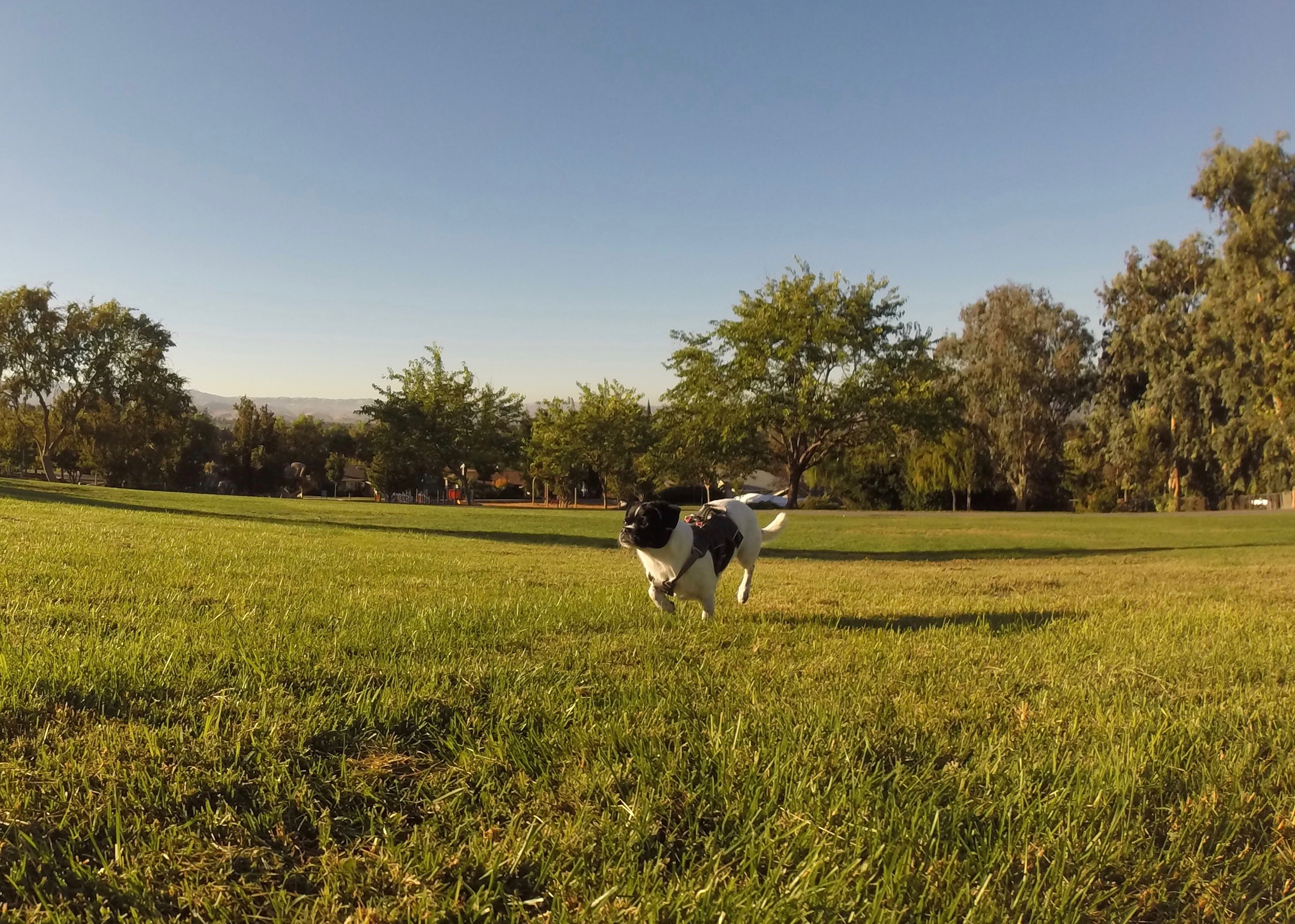 When we got back from the park I decided to take her to a couple pet stores to pick out a new toy and maybe a treat.  It’s also a great place to work on her socialization skills with people and dogs.  She also got several treats from employees.  She is even brave enough now to go behind the counter and ask for treats!

We looked at several toys but she seemed quite intrigued by the funny noise one particular toy made.  I also got her a small beef trachea for her treat. 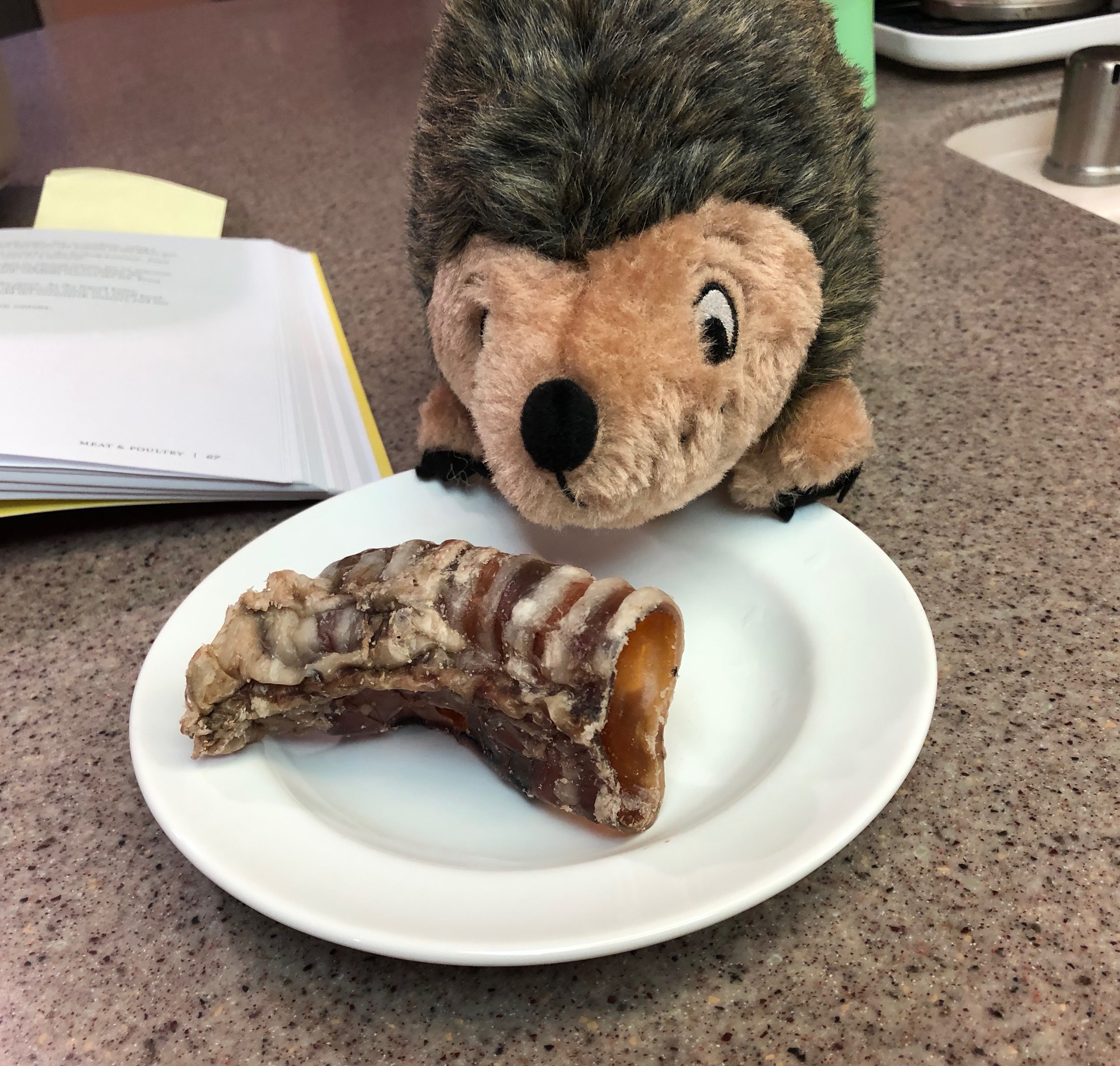 Hey Super Stu! Are you reading this?

After the pet stores a nap in the sun was in order. 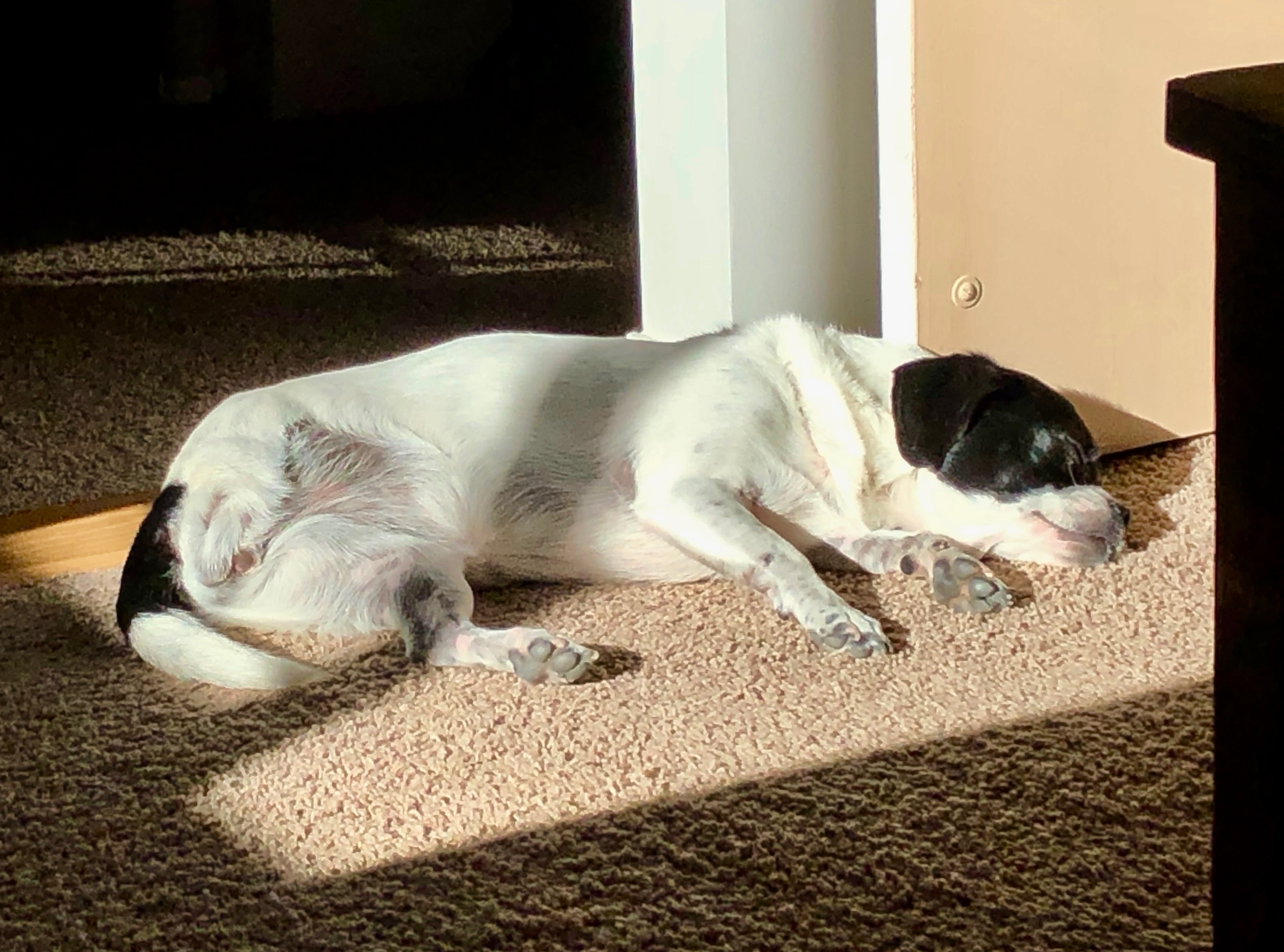 She also spent time sleeping in the sun in the side yard while I was pruning the apple tree.  Every now and then she would come to the back yard and check on my progress… she was not at all helpful with pruning.

After my nap (pruning is hard!) and her dinner it was time for her birthday treat and toy. She ate the trachea so fast I didn’t get any pictures.  But I did get this video of her playing with her new hedgie.

Next up was her normal food toy- she usually gets one every night as part of her core and balance exercises.  But for her birthday she got some extra special treats. I always put a few treats in that won’t come out on their own so she has to bring me the bottle after she gets all the easier ones out. I had just broken up the last couple treats and given the bottle back to her when I shot this video.

It’s funny how she has learned to take the bottle to her bed when she gets tired.  She chases it around the room for awhile but usually ends up in her bed at the end.

Speaking of tired, after the trachea, hedgie and bottle it was time for another nap, she is after all 45% pug! 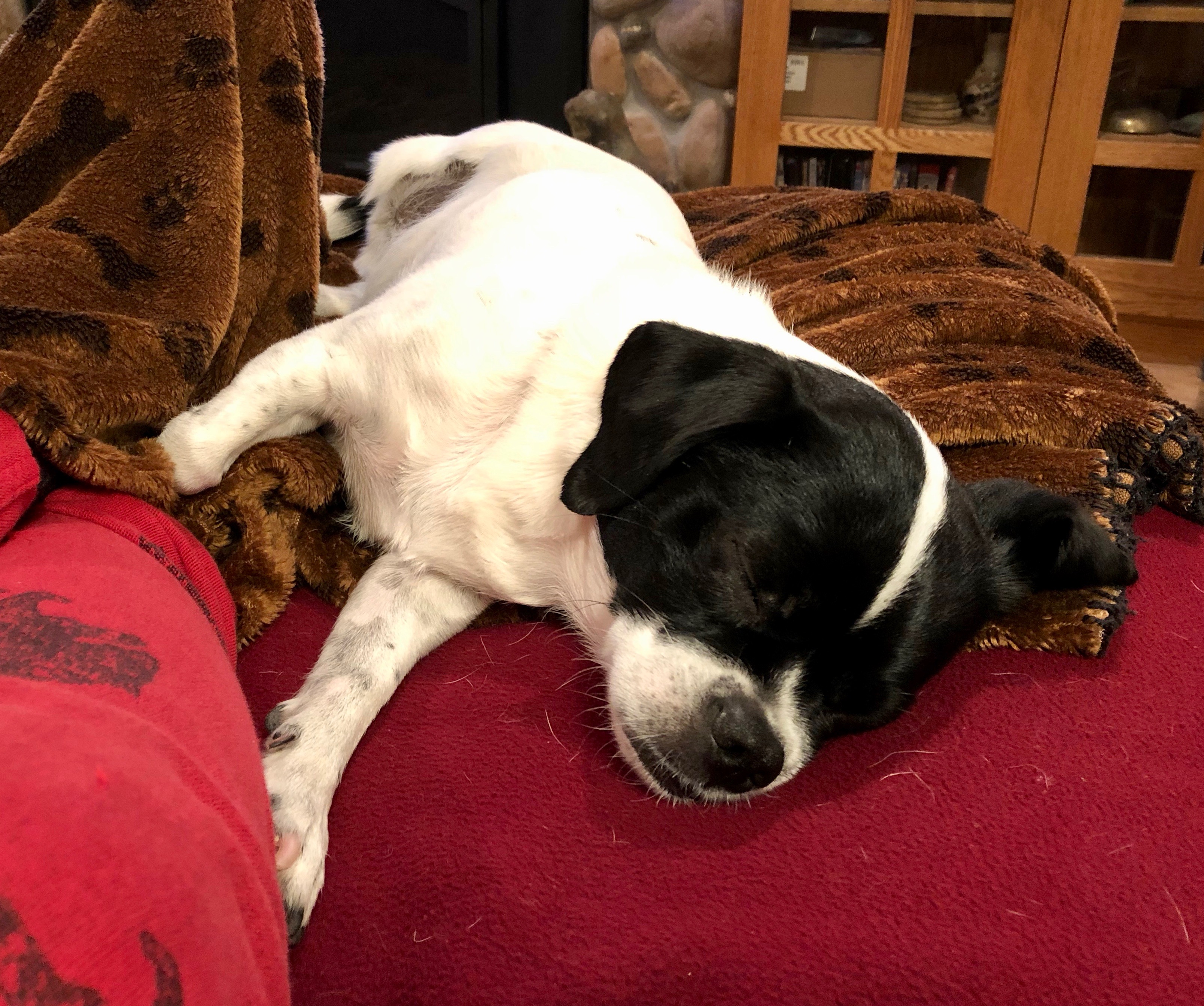 While I was typing up this post she snuggled down in her bed in my craft room…to wait until we go to bed! 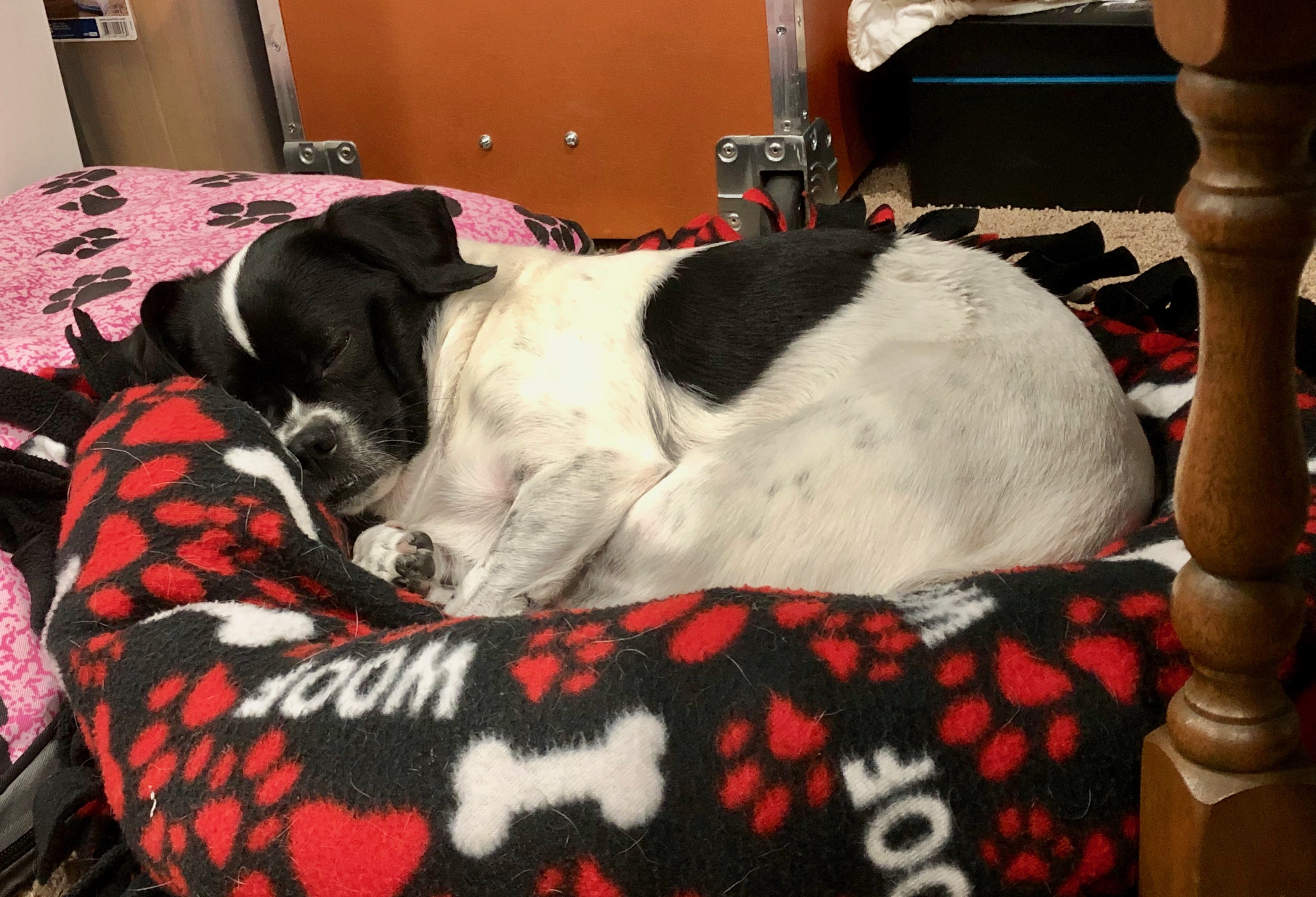